With your FREE, no obligation plan: choose candidates and time to vote, find your polling place, email or print your ballot, and set-up reminders. 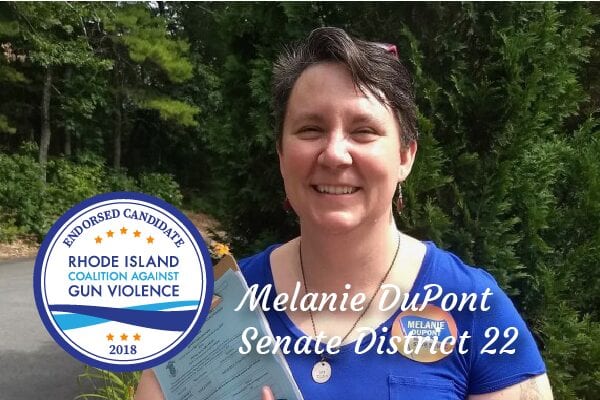 Melanie grew up in Greenville in a working class family. Her mom, Anita, worked for nearly 30 years at the local Newport Creamery, and her father, Pete, served in the Navy and worked for Brown & Sharpe. Mel also attended public school K-12 in Smithfield. These experiences shaped her values.

Mel became an activist after the 2016 Presidential election. She founded the Committee to Pass the Reproductive Health Care Act, and played a vital role in passing the 2017 state ban on conversion therapy. She has advocated for a number of critical issues including smart investments in renewable energy and common sense gun reform.

If elected to the Senate, Mel will fight tirelessly to protect our enviroment, support working families, increase access to quality affordable heath care including reproductive care, invest in strong public schools and increased affordable housing, and advocate for policies that will decrease suffering and abuse throughout our state.