Reported in the Newport Daily News on Wednesday, March 27, 2019, Portsmouth leaders are fully in support of RICAGV-backed gun safety legislation.

Citing the Supreme Court’s decision in District of Columbia v. Heller, the other U.S. states that have banned assault weapons, and using evidence of the epidemic of gun violence that currently exists, the Portsmouth Town Council passed a resolution supporting all three RICAGV-backed bills on March 25, 2019.

These house bills have companion bills in the Senate: 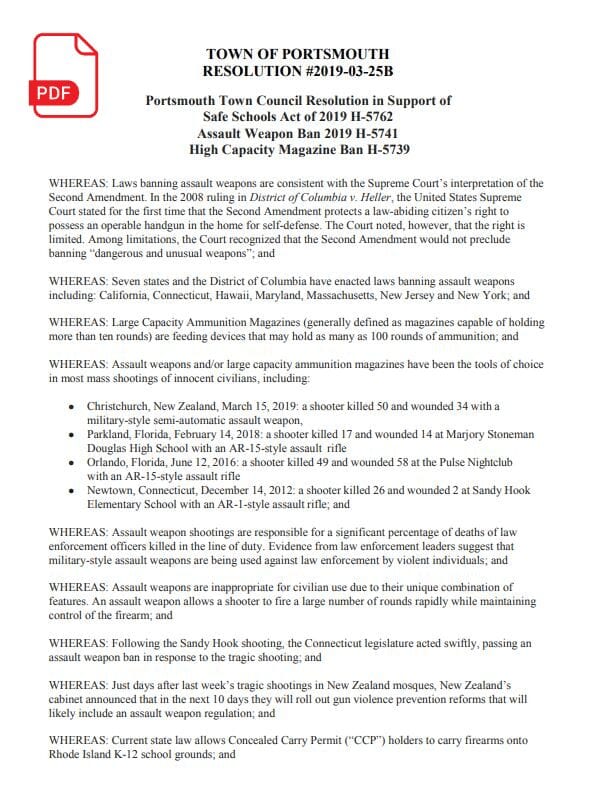