A year-long investigation involving more than 150 state, federal and local law enforcement officers lead to the arrests of 49 people in May 2018,  including a gang member who was stopped en route to commit a premeditated murder, according to police.

Another 8 people have been arrested in connection with “Operation Patched Out” which focuses on two motorcycle gangs, the Pagans and Kryptmen, allegedly involved in gun and drug trafficking. These gangs have long histories of criminal activity, including murder, kidnapping and robbery.

Police say Deric “Tuna” McGuire, the head of RI chapter of the Pagans Motor Cycle Club, was “one of the most powerful and violent Outlaw Motorcycle Gangs nationwide;” he was charged in District Court with 221 drug-related counts in May of 2018.

It was described as the “single largest takedown” in R.I. State Police history by Superintendent of the Rhode Island State Police, Colonel Ann C. Assumpico. 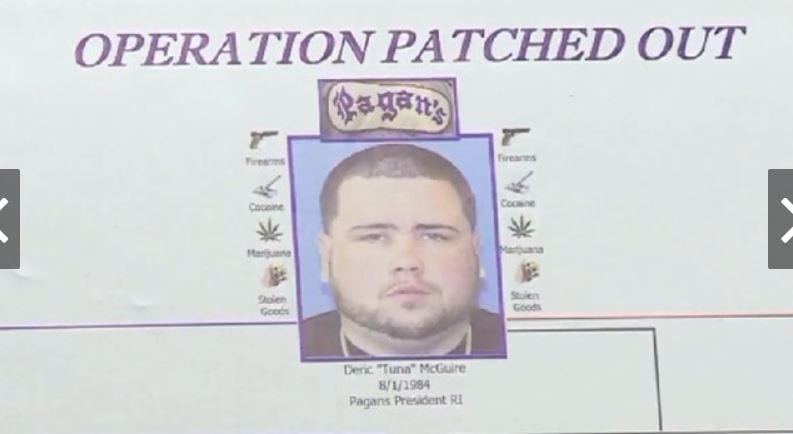 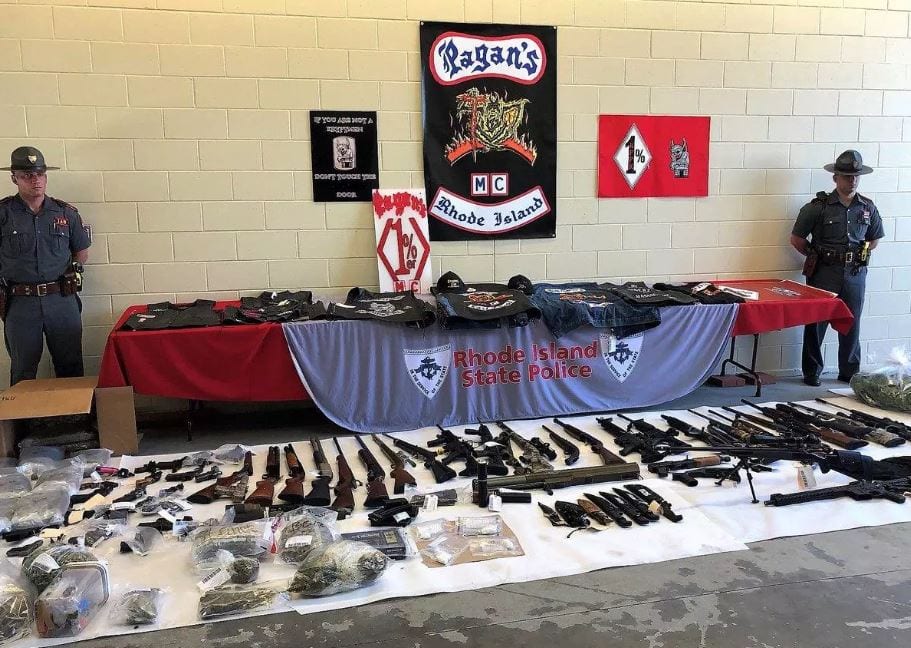