In the summer of 2021 the Board asked Gem to create a piece of art that would memorialize the pain of gun violence not only as a parent who lost her daughter, but also as a Rhode Islander during a dramatic surge in gun deaths and injuries throughout the state since the beginning of the COVID-19 crisis.

In her piece “Red Rain,” Gemelya chose hues of red to represent both the color of blood and the color of love. “No matter who we are: rich or poor, young or old, no matter what color our skin, we all bleed the same. The trauma to the community and the hurting is all the same. We all want peace, we all want nonviolence.”

“Red Rain” is now on display at the Nonviolence Institute in Providence. 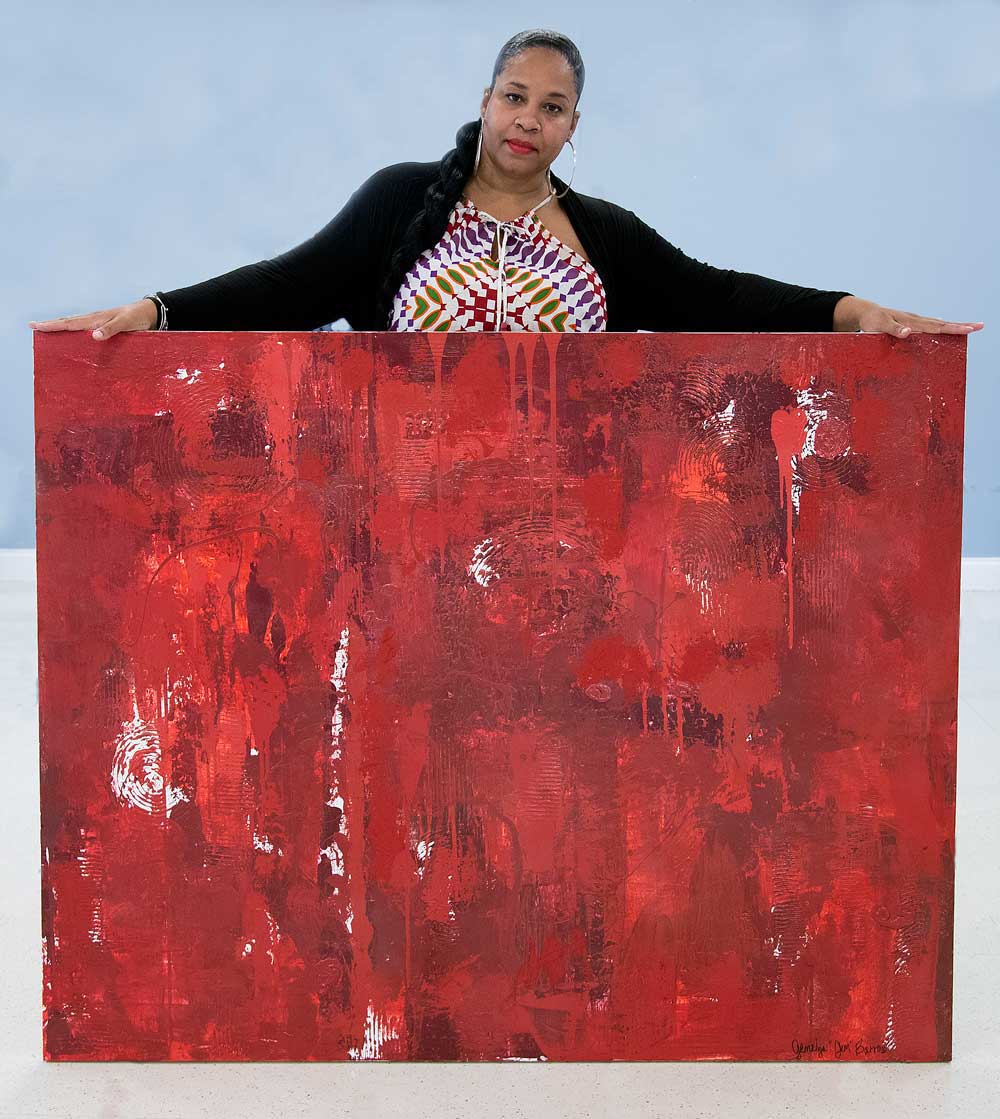 Gemelya Barros lost her daughter Shemeeka on July 30, 2012. She was shot along with two others while her two children and younger brother slept in the next room. Shemeeka was a nursing student who would never see her children grow, graduate from college, or have families of their own. Her brutal death has had an immeasurable impact on her family. Her younger brother, who was seven at the time, recalls the horrific night almost every day. Gemelya’s youngest daughter was supposed to spend the night that night but changed her mind due to transportation. She revisits that night often and “says what if I went to sleepover there that night mommy”. The questions of “what if’s” still remain. The mental anguish to know that her entire family could have been killed that night. PTSD, anxiety, depression plays a major role in the grief process after something so tragic. Determined to survive the grip grief can have on a mother losing a child in such a horrific way.

Gemelya now uses her art as a mechanism for healing; for herself, her family, and for the community. Gemeyla gives back to the community by organizing “Paint Nights,” Facebook Live events, singing, and spreading love wherever she can. Through her own healing process she wants to help her city and state bring positive change for peace and for justice.

Gem in the News

“Providence mom channels grief into helping others during pandemic”
Providence Journal –  May 28, 2020