A spirited round of objections, mostly based on the process that has been a point of contention between Speaker Mattiello, members of the “Reform Caucus” and some Republicans, lead to the vote being pushed back to the last item on the calendar.

In the final vote, there were only 6 NAY votes, with 7 members not voting.

Back to the Senate Floor

Minor language changes, including the addition that the act would take effect 30 days after passage.

The Senate’s bill makes the act effective upon passage, however Judiciary Chair Craven assured concerned Representatives, on the record, that the Senate was on board with these changes.

There were 13 Representatives that did not support H 7102 SUB A, which bans undetectable and untraceable firearms. 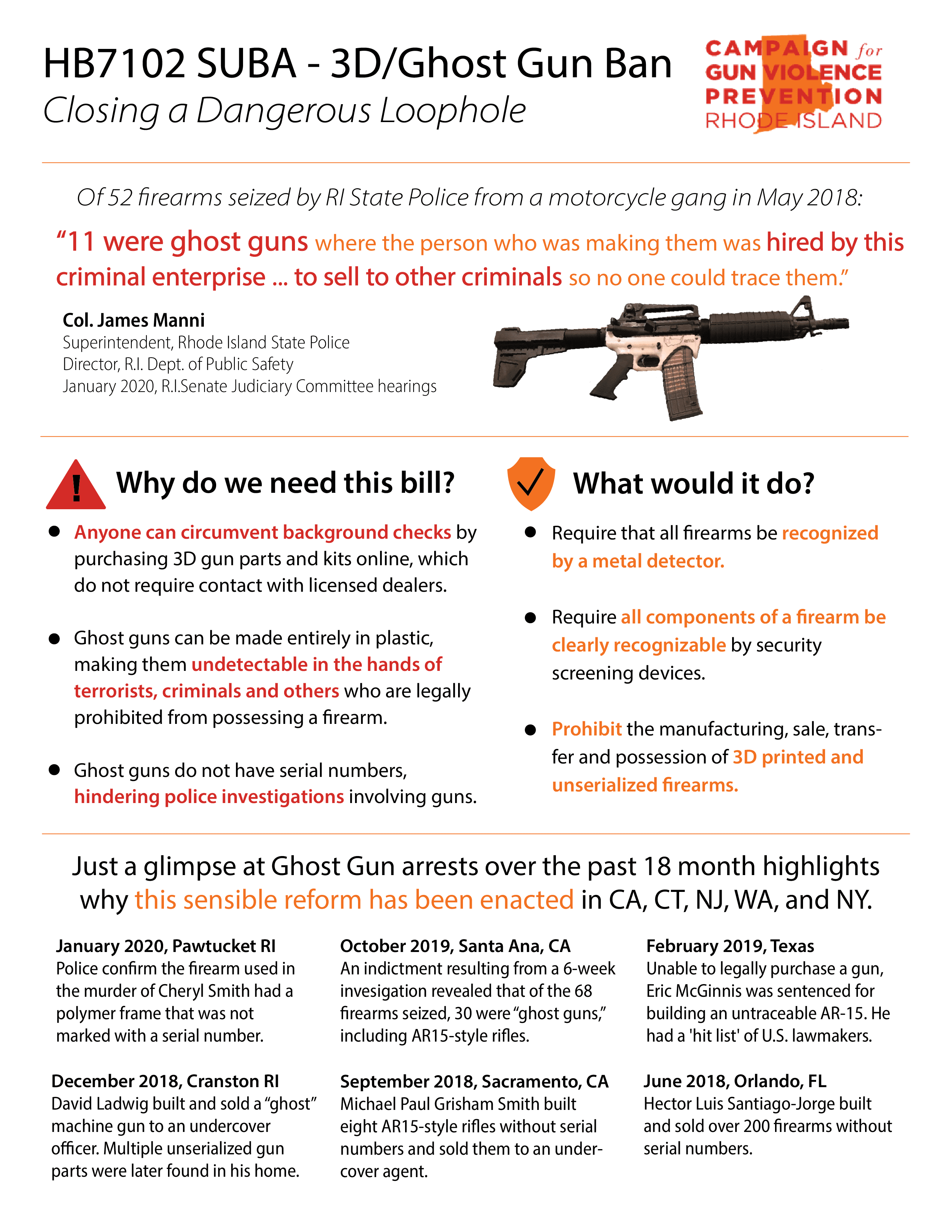