Senator Goldin has been the sponsor of bills to limit magazine capacity for years in the Rhode Island Senate. In 2021 she has a majority of Senate co-signers who are committed to passing this life-saving bill. 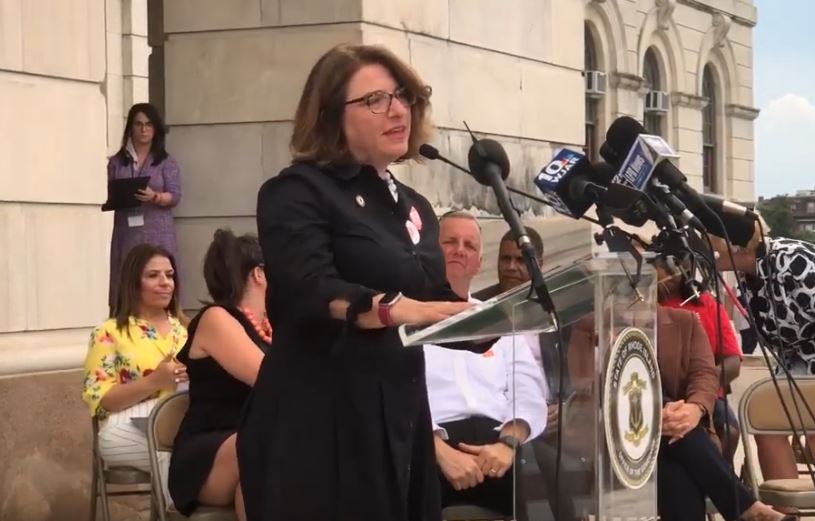 It was December 6, 1989. I was in my first year of college at McGill in Montreal. As I stood outside the library, preparing for my end of semester exams, I heard the news. Just down the street, at Ecole Polytechnique at Universite de Montreal, a shooter had walked into an engineering classroom, dismissed the 50 male students, and started shooting at women, yelling that he was fighting feminism. Over the course of the next few minutes, he murdered 14 women, and wounded 14 more.

The Canadian government took swift action, making sweeping changes to gun laws, including banning high capacity magazines. Limiting the sale of high capacity magazines in Canada did not end ammunition sales, or gun ownership, but it has saved lives. Prohibiting high-capacity magazines, and the sale of assault weapons, can help save lives in Rhode Island, too. Data shows it. Our constituents know it. A majority of Senators are co-sponsors of this bill, because they know it, too.

Twenty-three years and one week after the Ecole Polytechnique massacre in Montreal, a shooter entered an elementary school in Sandy Hook Connecticut. I remember that day so clearly, too. My kids were in 3rd and 6th grade. The mom of one of my youngest son’s friends called to see if he could come over to play after school that day. I told her, yes of course, but I need to see him, make sure he’s okay, and give him a hug first, grateful that my own children were safe, knowing everything would change.

An entire generation of children has grown up doing active shooter drills in schools that are locked except for a front door. They know how to escape a classroom, hide under a desk, stay silent, block a door in an instant. And since 2018, after the massacre of Jews in a Pennsylvania synagogue, our whole family – and families just like ours – have had to pray in synagogues that are locked, and guarded by the police. I am furious that my children have grown up in a world where escaping death by a shooter is part of their education and part of their religion. Especially because we can take action now to make this a safer world.

I joined the Senate shortly after the Sandy Hook murders and have been sponsoring gun safety bills ever since. In that same time, there’s been a mass shooting in this country almost every single week, including right here in Rhode Island. Just a couple of weeks ago, a shooting happened on a playground less than a mile away from my house. We limit the capacity of magazines used to hunt duck and deer in our state, but do not afford our children the same protections.

The bills that we’ve introduced to ban high capacity magazines and assault weapons are in line with the laws in other states, including Massachusetts and Connecticut. For years we have heard these bills in committee. We have heard from parents, doctors, police officers, mayors, children, mental health providers, teachers all imploring us to take action on these bills. And as you hear today, the Governor, Lt Gov, AG, Secretary of State, and Treasurer all support these bills.

On behalf of the majority of the Senate who are cosponsors of these bills, I’d like to thank the general officeholders, mayors and advocates who are standing with us. It is time that the Senate and House Judiciary committees move these bills to the floor for a vote. And while I am the lead sponsor of a bill to ban high capacity magazines, I am not talking about just my bill. We need to pass the entire package of legislation. We have studied them enough. We have held them enough. How many more lives must be lost in this country before Rhode Island takes action?