Rep. Caldwell, sponsor of the bills to regulate assault weapons, limit magazine capacity, and require safe firearm storage, has a majority of House Representatives as co-signers who are committed to passing this important reforms. 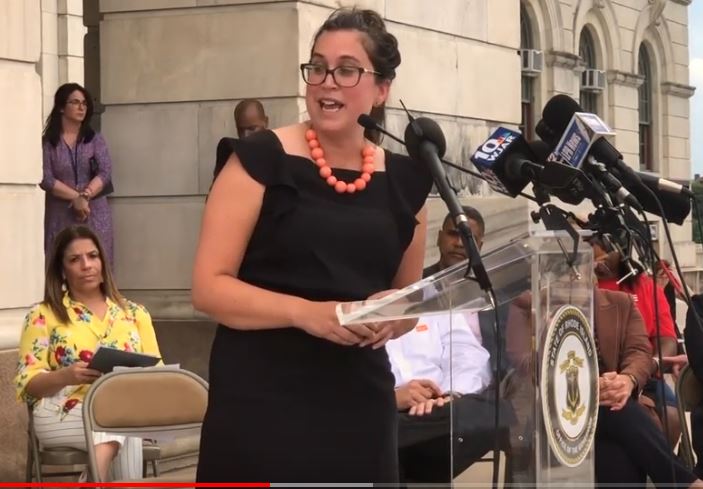 I’m the lead sponsor in the House of the assault weapons ban and the ban on high-capacity magazines. These are the bills designed specifically to address mass shootings.

Now it’s time to pass them.

So if they’re voted on, they will pass. They will also pass the Senate, where a clear majority supports them. And they will be signed into law by the governor, who affixed his office’s stamp to these bills.

Whether they will be voted on, and whether they will become law, is fully in the hands of House and Senate leadership. Our new House leadership pledged to end the practices of the past, where the will of the majority could be subverted by one well-placed member, or one well-placed lobbyist, like the ones from the NRA. It’s a new day in the House. And we have a new chance. A majority of my colleagues have, in writing, put their names on these bills as sponsors, and pledged to me to support them. There is no clearer way to demonstrate that these bills have majority support.

There is no neutral ground on these bills. If you are not actively supporting them, actively working for their passage, you are siding with the NRA by choosing to preserve the dangerous status quo, where entire communities are traumatized the way that our neighbors in Connecticut were traumatized when they lost 20 six- and seven-year-olds and 6 adult staff members in a single depraved act of violence. Where one man with a grievance can shoot 471 people in Las Vegas and wound nearly 400 others in ten minutes using these weapons.

These events didn’t have to happen. And choosing to do nothing is choosing to allow them to happen again. There are people who are going to die if we don’t pass these bills. We don’t know who they are yet, but we must fight for their lives. The arguments used by the NRA and other gun extremists — that these powerful weapons make us safer — fly in the face of the facts. The clock on the next attack is ticking. We must act.

I ran for office to enact good policy that will save lives. I know many of my colleagues did, too. I urge my House and Senate colleagues to let the House Speaker and Senate President know how important these bills are, so that we can get them on the floor for votes. If we succeed, they will pass.