Providence, RI (Monday, May 24, 2022) – At least 19 children and two adults are dead in Uvalde, TX at the hands of a mass shooter. Once again, we are devastated and heartbroken. We grieve for the victims, their families, the community of Uvalde, and Latinx communities everywhere, who this latest massacre has impacted.

Here in Rhode Island, parents hugged their children extra hard before they left for school this morning, as they have so many times in the wake of school shootings over the past ten years. And they won’t be able to breathe easy until their children are back safe in their loving arms again. It shouldn’t be like this. It is time for change. 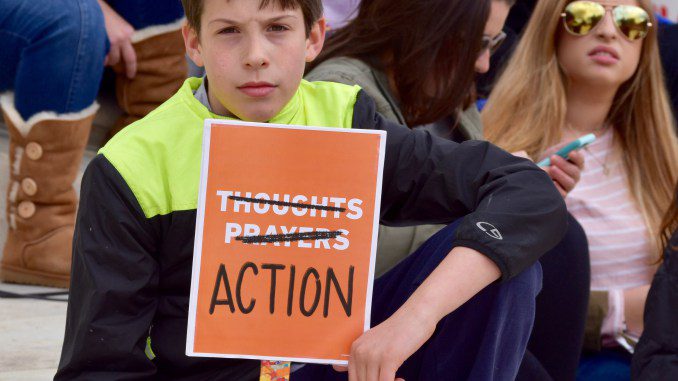 Rhode Island lawmakers have within their power the ability to make the kind of mass shootings we’ve seen in Buffalo and Uvalde less likely in Rhode Island. We demand they use that power today, granted to them by the people of Rhode Island who overwhelmingly support the gun safety measures before the legislature.

Stricter gun laws cannot guarantee our children’s safety, but they can reduce the risk of mass shootings. These latest massacres follow a familiar pattern. The Buffalo and Uvalde shootings were both perpetrated by 18-year-old men using military-style assault weapons and high-capacity magazines.

RICAGV supports legislation that will raise the age to purchase long guns and ammunition to 21 (HB 7457/SB 2637), ban the sale and possession of assault weapons (HB 6615/SB 2224), limit magazine capacity to ten rounds (HB 6614/SB 2653), make it unlawful to carry a loaded long gun in public (HB 7358/SB 2825) and ensure safe storage of firearms (HB 7300/SB 2734). The Senate and House Judiciary Committees have heard testimony on each of these bills and are currently holding them for further study, as they held similar bills in past years.

The time for further study has passed, and the time for action has arrived. We call on Senate President Ruggerio and Speaker Shekarchi to act with urgency and immediately allow these bills to be voted out of committee so that the General Assembly can pass them and the Governor can sign them into law.

The Rhode Island Coalition Against Gun Violence (RICAGV) is a coalition of organizations, activists, advocates, educators, legislators, and community members who address gun violence as an urgent public health issue. Since 2013, RICAGV utilizes the collective power of its membership and grassroots organizing methods to advance programs and policies that will reduce gun violence of all types resulting in safer, healthier Rhode Island communities. www.RICAGV.org