The extent of the corruption, mismanagement, and outright theft revealed in the recent charges brought by New York Attorney General Letitia James against CEO Wayne LaPierre are staggering. 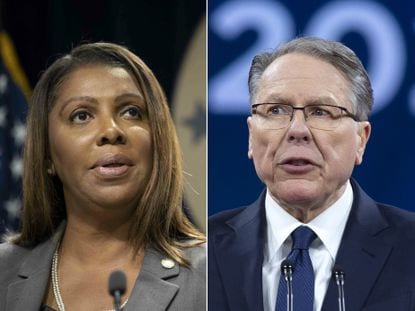 Corruption at the NRA is so deep it is difficult to summarize the extent of the widespread abuse, fraud, and illegal activity conducted by LaPierre, his wife, and other senior staff members who have been accused of diverting millions away from its “charitable” mission. Here are just a few examples from the 164 page NRA Complaint by NY Attoney General James:

The suit outlines decades-long pattern of fraud for personal gain, alleging dozens of false statements, including:

The NRA has vociferously opposed common-sense gun legislation nationwide and in Rhode Island for years, despite the fact that “gun safety” is listed as one of its core missions.

NRA has been lying for years to its members, the public, and to victims of gun violence. Its local lobbyists have been lying to House and Senate Judiciary Committees and they have worked extremely hard behind the scenes to scuttle life-saving legislation.

While the NRA lies and foments fear in order to increase gun sales, the gun industry in the United States is effectively unregulated. The role in the public health crisis that the gun lobby has taken has left us with a weak patchwork of state laws that all too often allow sales and access to firearms by those who should not have them.

The Tide is Turning

The good news here in Rhode Island is that, while in past election years the NRA “gave out” endorsements to eager candidates along with cash, they have not endorsed any candidates in the upcoming 2020 elections and candidates have been seeking the Rhode Island Coalition Against Gun Violence’s endorsement in droves at every level of government.

Thanks to work by our volunteer advocates we have helped elect State Representatives and Senators who now constitute a majority in both the House and Senate in the Rhode Island General Assembly. City and Town Councilors are also seeking endorsements and wholeheartedly support our goal of banning the sale of military-style assault weapons, high capacity magazines, and to keeping guns out of our schools.

The NRA will not crumble quickly because they are fueled by profits from increasing numbers of first-time buyers and those fearful of Black Lives Matter protests. They will continue to foment fear and market to vulnerable individuals who are unwittingly increasing their likelihood of a firearm injury or death by bringing a gun into their home while believing they are protecting themselves and their families.

The 2020 election is important on the federal and local level and we hope you will support our endorsed candidates. Don’t just vote for them, donate to them, make calls for them, and post about them on social media.

Finally, while the NRA throws millions of dollars around, we work on a shoestring budget. If you can help support our work with a donation of any size, we can continue to fight, advocate, and support the work needed to save lives and keep Rhode Island safe from gun violence.

News from the Blog