FBI firearm background checks, known as NICS, are used to estimate gun sales by experts; a NICS background check does not equal a gun purchase, but also could be used for the purchase of multiple guns in one transaction.

Rhode Island’s surge reflects the national surge which began in March 2020 with the onset of COVID-19 in the U.S. and has continued in the wake of the death of George Floyd and the Black Lives Matter protests across the nation this summer.

RI Second Only to Michigan in 2020 NICS Checks

As we see in the chart below, firearm background checks in Rhode Island were stable, hovering around 10,000 per year. However, starting in 2008, the year Obama was elected, NICS jumped 21%.

In 2012 they almost doubled over 2008, which was the year that Obama was re-elected and the Sandy Hook Elementary School and Aurora, Colorado movie theater massacres occured. 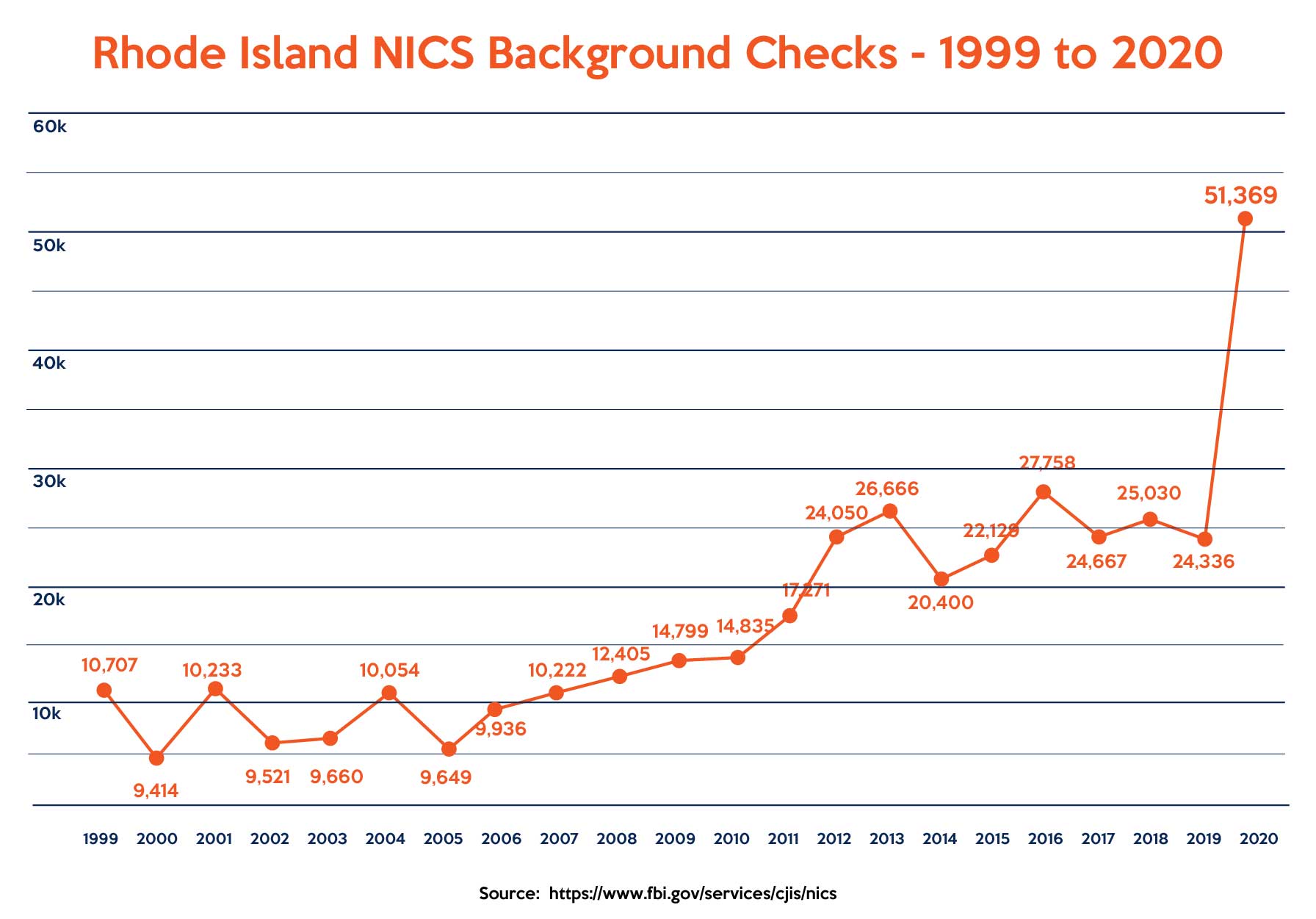 Using our chart above and the list of gun massacres below, we see that in the wake of these shootings background checks spike.

An empirical study published in 2015 documents that demand for guns tend to result from fear of new gun control laws.

In a 2017 paper researchers provided evidence of an increase in accidental gun deaths in the aftermath of the Sandy Hook massacre.