Statement on the End of the 2018 Legislative Session

Providence, Rhode Island June 22, 2018 – The Rhode Island Coalition Against Gun Violence is disappointed by the Rhode Island General Assembly’s lack of action this legislative session. At a time when nationally, the rights of people of color, the LGTQ+ community, and women are under assault, we needed our state government to step up to protect those rights. Instead, our Rhode Island representatives, in this very blue state, voted contrary to the needs of the most marginalized among us.

Last night, only 9 of 75 representatives voted against a revised Fair Pay Act that creates loopholes for pay discrimination and eliminates the few protections women and people of color had in the workplace and set Rhode Island even further back in the fight for paid equity.  As Representative Teresa Tanzi put it: “Women across our nation are calling for equality and we have many opportunities before us to support them. I’m afraid the General Assembly is failing women in Rhode Island this year.”

Additionally, Representative Ajello’s and Senator Goldin’s Reproductive Health Care Act, HB5343, which was written to give all women the choice to make their own decisions about their reproductive health never got the chance to go to the floor for a vote, despite overwhelming support from women in the Democratic Party.

Finally, the Safe Schools Act was held for further study by the House and Senate Judiciary committees for a fourth consecutive year. This bill would have closed a loophole that allows any person to carry firearms into Rhode Island K-12 schools without notifying administration. This bill had the support of law enforcement and education professionals, as well as the faith community.

The Rhode Island State Police, the Rhode Island Police Chiefs Association, the National Education Association of R.I., the R.I. School Superintendents Association, the R.I. Association of School Principals, the R.I. Association of School Committees, Bishop Tobin of the Roman Catholic Diocese of Providence, the Unitarian Universalist Legislative Ministry of R.I., the Jewish Alliance of Greater R.I., and the R.I. State Council of Churches, along with 24 school committees, 11 municipal counts, and many other organizations, asked the General Assembly to pass the Safe Schools Act. Instead, leadership sided once again with the corporate gun lobby and against the best interests of Rhode Islanders by refusing to allow a vote on the bill.

“This year leadership has again pushed the decision down the road to ban the purchase and sale of military style assault weapons, they have ignored pleas from teachers, students and others to make sure our schools are safe.

The general assembly responded almost immediately when it looked like IED making materials were found in the woods in East Greenwich, but a janitor leaving a loaded weapon in the girls dormitory at RIC gets no attention or response,” said RICaGV President Linda Finn “The majority of Rhode Islanders want our state to follow our neighbors Massachusetts, Connecticut and New York from banning military style assault weapons and to keep guns out of our schools.”

The Rhode Island Coalition Against Gun Violence stands with Planned Parenthood and Working Families Party, organizations who have been on the right side of the tireless fight for the people who have, this year, been forgotten by the General Assembly. Together, our coalitions commit to ensure that this sort of discrimination never occurs in our state again—because leadership cannot be the only voices on progress in our state. 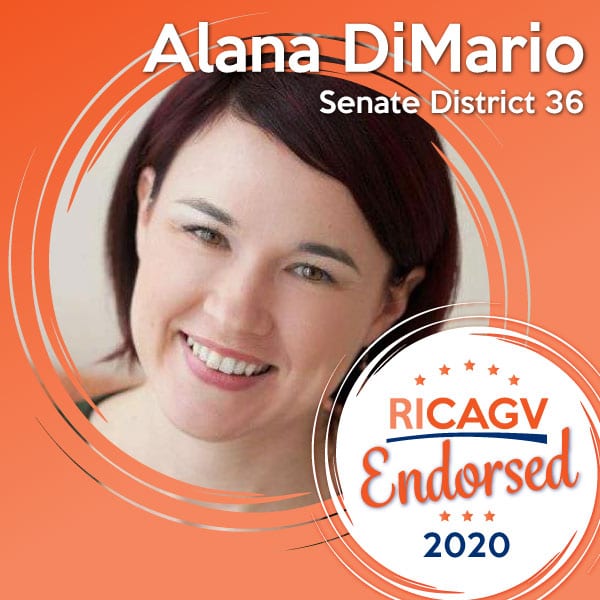