RICAGV Board Chair Sydney Montstream-Quas said, “After an exhausting yet rewarding legislative session, we saw the General Assembly pass three critical life-saving gun safety bills into law, including limiting magazine capacity to ten rounds of ammunition, raising the age from 18 to 21 to purchase a long gun, and prohibiting the open carry of long guns. Now as we turn our attention to the elections, we are ready to support our champions and also increase the number of legislators and elected leaders who will support gun violence prevention efforts. We know that a majority* of Rhode Islanders support regulating military-style assault weapons. We look forward to passing a regulation on assault weapons which will help make Rhode Islander’s even safer from gun violence.

“There are several retirements and open seats where candidates who have prioritized gun safety policies are running. Every endorsed candidate is committed to supporting and championing gun violence prevention and gun safety legislation. We are proud to announce our support of these candidates,” said Montstream-Quas. 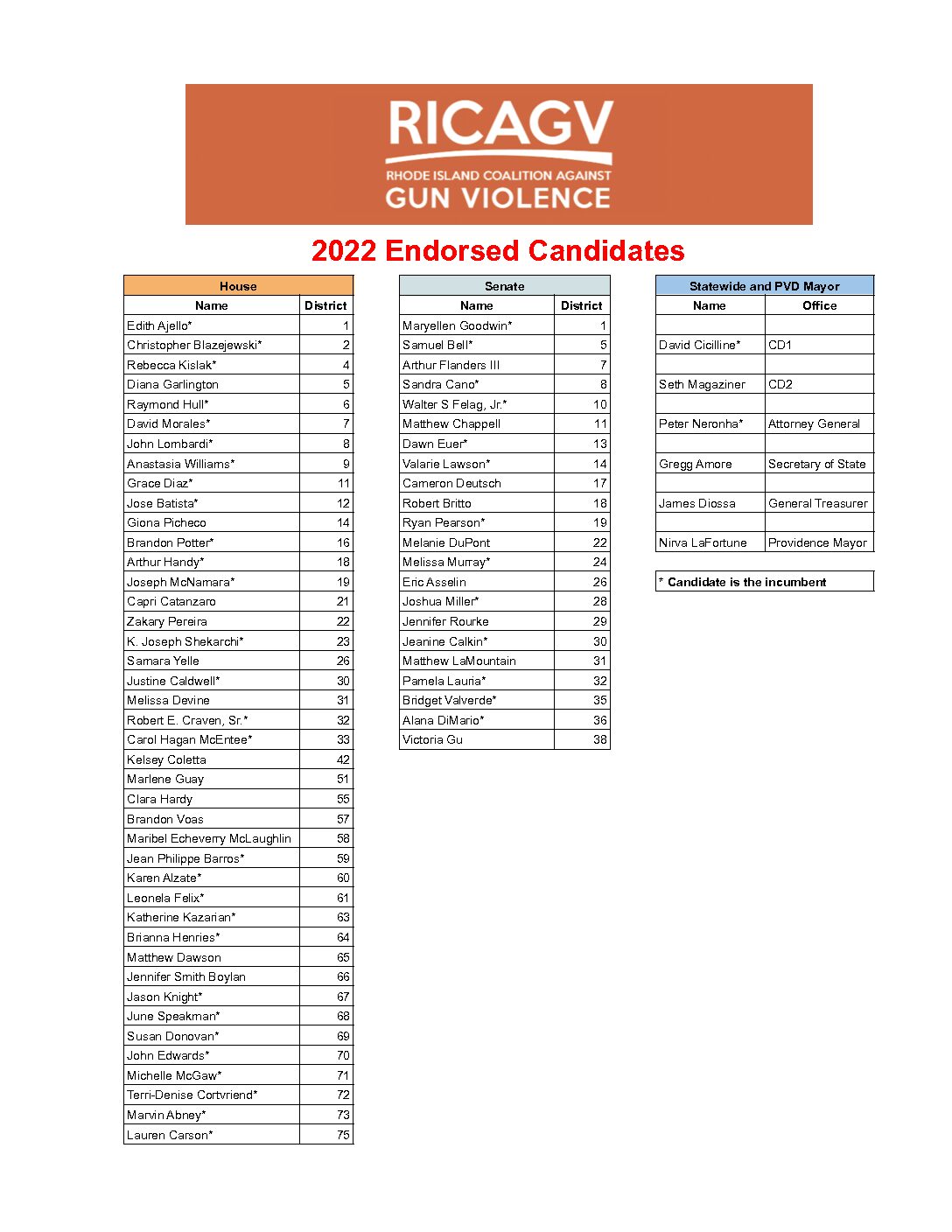