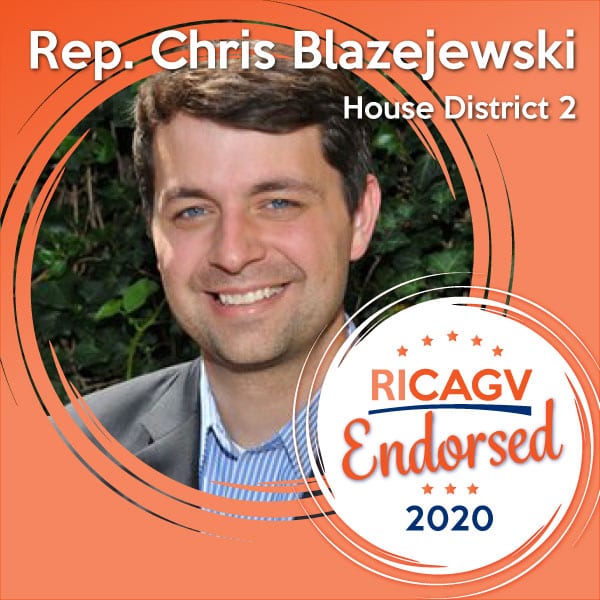 Rep. Blazejewski has co-sponsored or supported banning guns on schools and assault weapons. He is a member of the Committee on Labor, thee Committee on Rules, and the Deputy Majority Whip. Since 2010 he has introduced as lead sponsor many important progressive reforms, including:

He is a graduate of Harvard University and Harvard Law School and is an attorney licensed to practice law in Rhode Island and Massachusetts.  A lifelong Rhode Islander, he resides in Providence with his wife, Ami, their daughter, Aria, and their son, Liam.