Over 40 Rhode Island citizens and experts signed up to give testimony – all in opposition – to H5037, the House Rules bill for 2019/20. A dozen or so more names were added in opposition, but did not provide testimony.

The strong opposition to this bill comes from a variety of factors: 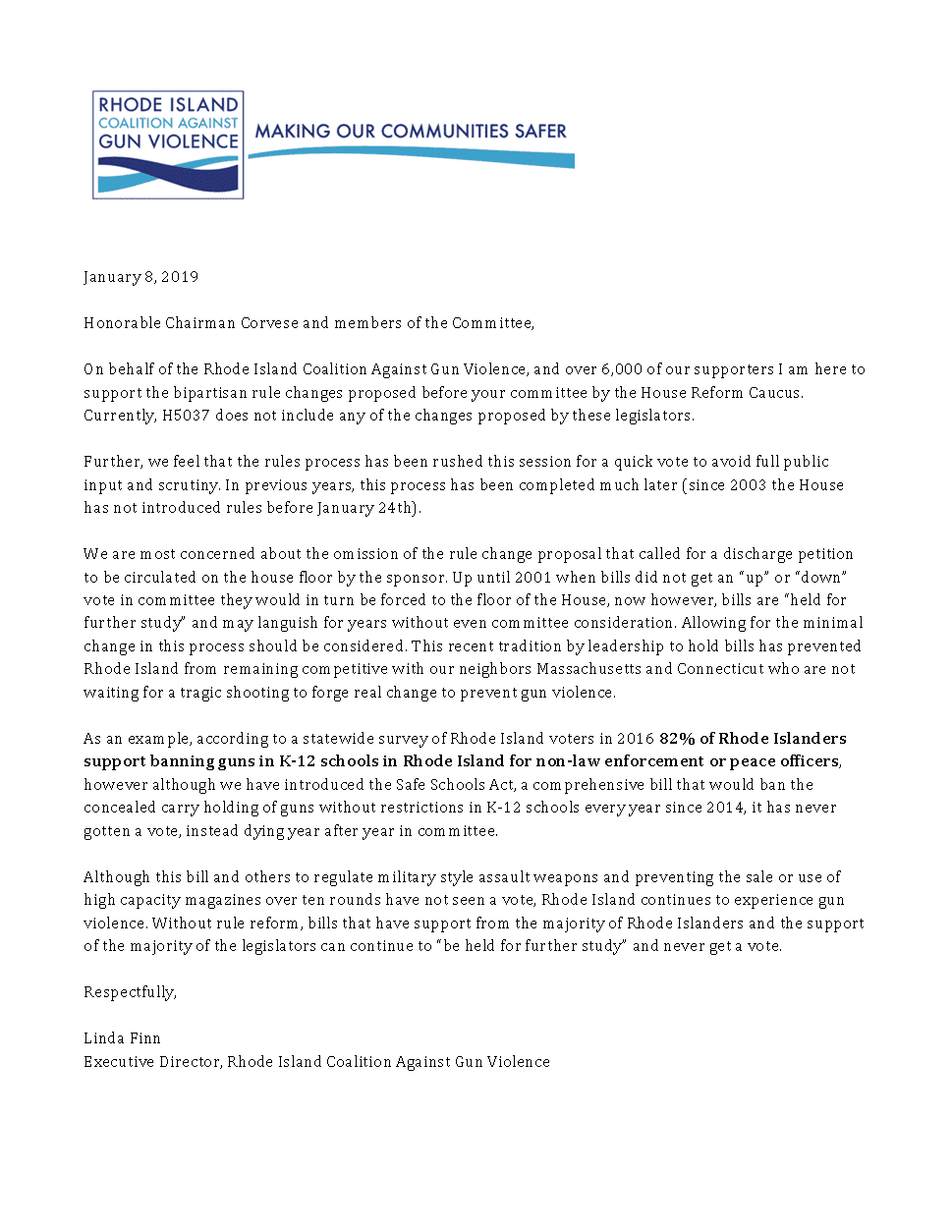 In testimony that lasted for almost 3 hours the Committee heard over and over the frustration of the public and of groups at the unfair processes that give too much power to a very select few. This imbalance of power has allowed for inefficiency and lack of transparency that runs counter to democracy.

We will continue to watch this situation and advocate for the reasonable and thoughtful proposals of the Reform Caucus in the next few days, when we expect House leadership to call a vote.