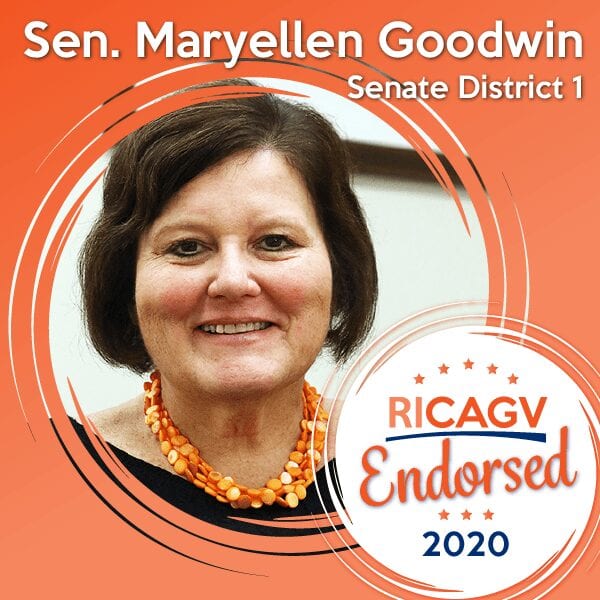 Democratic Senator Maryellen Goodwin is the Senate Majority Whip and has been a member of the General Assembly since 1987.

She is a gun safety champion, sponsoring and co-sponsoring many common-sense reforms, including:

Sen. Goodwin can be counted on to advocate for traditional Democratic values, including affordable and accessible healthcare, fair and equitable pay and worker’s rights, improving our schools, protecting our environment, and protecting seniors.