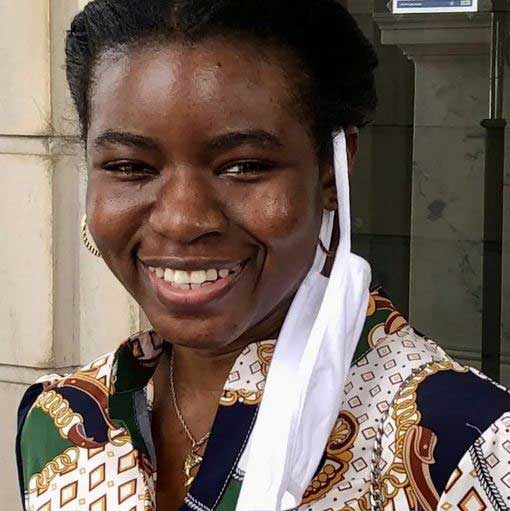 Good afternoon everyone. Thank you to the Rhode Island Coalition Against Gun Violence for inviting me to participate in this press conference today. My name is Nwando Ofokansi, and I am a public health organizer and co-founder of the Woonsocket Alliance to Champion Hope, also known as the WATCH Coalition. For years, I’ve been working with young people in Woonsocket, Rhode Island. I’ve seen their struggles, their achievements, their fears, and their aspiration. I’ve seen how young people in the same city could have drastically different outcomes, due to being set upon vastly different paths. Different resources; different opportunities; different obstacles; different outcomes.

These disparities in outcomes can be prevented if we set in place the legislative and social infrastructure to reduce the crises taking place in our communities.

In recent years, escalating violence has rocked the City of Woonsocket. From the tragic 2019 killing of 17-year-old NyAsia Williams Thomas, to the more recent shooting death in Providence that was committed by a Woonsocket youth, our community has been struggling with gun violence. But before the violence escalated to this point, we knew. We knew that social and structural conditions within the city would leave youth seeking their own means of survival. We knew that young people in the city had access to firearms. We knew that there were adults illegally supplying guns to them. We may not have known exactly who the violence would involve, or when and where it would happen, but we knew. Poverty, economic decline, struggling schools, limited resources, and lax gun laws are the perfect storm for tragedy.

These kinds of tragedies are happening far too often in our communities. In Woonsocket, murder went up from zero in 2017 to two murders in 2019; 145 incidents of aggravated assault in 2017 to 178 in 2019.1 Last summer alone, Woonsocket saw four homicides.2

We recognize that gun violence is a complex issue that requires a multifaceted approach. Policy is just one piece of the puzzle, but a crucial one nonetheless. These pieces of legislation that we are here to discuss today are an important step in making our communities safer. These are not anti-gun or anti-Second Amendment legislation. They are about responsible gun ownership, safe gun access, and harm reduction.

We don’t want to mourn anymore. It is our hope, it is our plan, to be celebrating the milestone of having common-sense gun safety policy reform institutionalized in the State of Rhode Island. We believe that by building these key partnerships with leaders doing the work across the state, and by mustering the political will to do right by our communities, that a year from now we will have cause for celebration.

That is why I am hopeful today – hopeful that we will leverage our resources and efforts to make our state safer. We can do this. We are excited to have the support of Rhode Island Governor Dan McKee, who has been a staunch supporter of youth development efforts in northern Rhode Island and across the state.