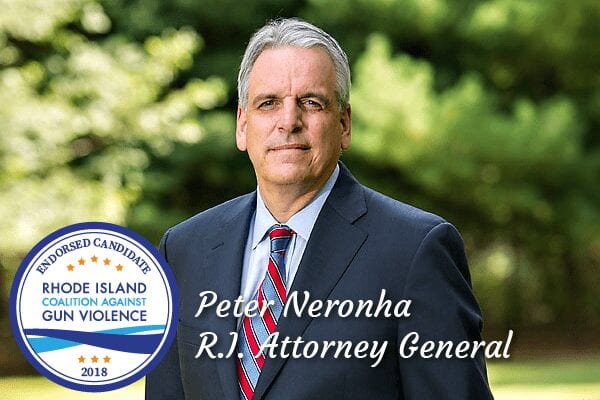 Born and raised in Rhode Island, Attorney General Peter Neronha has fought the good fight for his entire career, including successful prosections again corrupt RI politicans at the state and local levels and fighting the opiod/heroin crises on several key fronts with the force of the federal government. In addition, Attorney General Nerohna fights for: