Providence, Rhode Island (October 10, 2018)– On Saturday, the Senate narrowly confirmed Brett Kavanaugh to the United States Supreme Court with a majority of Republican Senators and one Democratic Senator voting for his confirmation. Like many around the United States we at the Rhode Island Coalition Against Gun Violence (RICAGV) found Kristine Blasey Ford’s testimony believable and compelling. The Senate nevertheless rushed Judge Kavanaugh’s confirmation through without a thorough investigation of the charges made against him. RICAGV is disturbed by the message sent by the Senate’s actions, and by much of the public debate surrounding the confirmation. We are deeply concerned that the Senate has sent a message to victims of sexual violence that if they come forward they will not be believed.

RICAGV is also extremely concerned about the impact Kavanaugh’s confirmation will have on future court decisions concerning gun safety. The NRA supported Kavanaugh’s appointment, and he has long been a vocal proponent of repealing the gun regulations that keep our country and our families safe. In the name of maintaining the Second Amendments “tradition” of gun ownership, Kavanaugh has, among other things, argued that limiting access to military style assault weapons is unconstitutional. Now more than ever we must fight for strong gun violence prevention measures on the state level, because Federal action is not likely in the near future.

RICAGV President Linda Finn stated, “Like so many organizations that advocate for preventing domestic violence against women, women’s reproductive health, and fair pay for women, the Coalition fears that Kavanaugh’s appointment will have a negative impact on the Supreme Court for an entire generation. Kavanaugh seems immune to the truth that senseless gun violence can be prevented by permitting limited restrictions to gun ownership and the truth that women’s rights are human rights.”

The Coalition remains committed to working at the intersections of injustice as we fight to make our state safer from gun violence.

A question and answer style discussion of the constitutionality of gun safety reform laws. 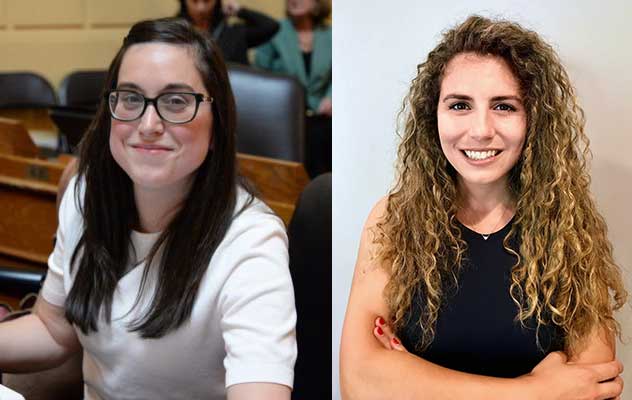 Caldwell and Kazarian Rock the House for Gun Safety Reform

30 House Reps Have NOT Signed-On to Gun Safety Reforms