Prohibiting firearms on schools grounds, except by peace officers. 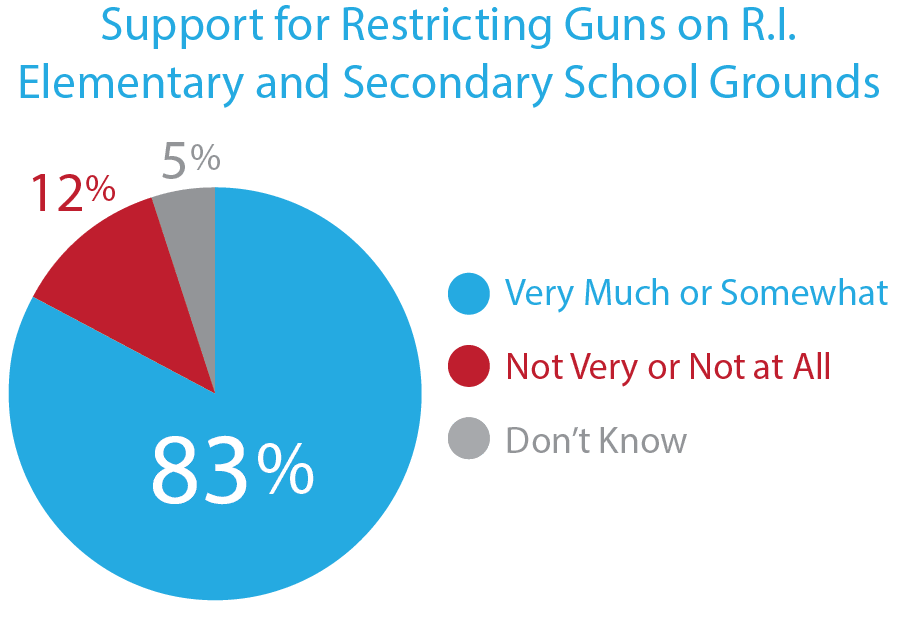 Col. James Manni, Superintentant of RI State Police, testified on March 19, 2019 that he thought interjecting guns in a school “would be a recipe for a disaster.”

Click the date to see the media report of any specific incident.

January 2019, Mustang High School, OK
Loaded gun found by staff belonging to an employee with CCP, who planned to go target shooting, but forgot to remove it from his bag before coming into the school.

October 2018, Anona Elementary School, FL
While demonstrating how to do a backflip to third graders in the school yard, a CCP holding substitute teacher’s handgun, loaded with 19 rounds of ammunition, dropped from his waistband; no injuries were reported.

February 2018, Harmony Learning Center, MN
A third grade student pressed the trigger of a school liaison officer’s holstered weapon while the officer was talking with some students; the gun discharged through the holster and the bullet hit the floor, no one was injured.

February 2018, North Broward Prep. School, FL
Police officer shoots himself in the leg while responding to a false alarm.

November 2017, Texarkana College, TX
Student accidentally shoots himself in the knee in the parking lot while showing his gun to another student.

October 2017, Oxford High School, MI
Student in scuffle with uniformed deputy reached for the offier’s gun and was able to press the trigger. One bullet struck the floor and ricocheted into a nearby interior wall; no injuries were reported.

August 2017, Utah Valley University, UT
A student with a valid concealed carry permit, accidentally fired his gun at a restaurant on campus; the bullet hit a table and a light, no injuries were reported.

May 2017, Augusta High School, KS
A man with a concealed carry permit accidentally shot himself in the foot; the bullet ricocheted off the ground, flying more than 50 feet, and hitting a woman in the calf.

April 2017, University of St. Thomas, MN
Student with a concealed carry permit accidentally shoots a bullet through the wall; a student in the next room suffered a gunshot injury to the head which required surgery.

November 2016, Bay City Western High School, MI
School resource officer, also a Bay City Sheriff’s Deputy, negligently discharged a gun, which went through at least one wall and struck a teacher who was teaching a class in the neck.

September 2016, Cumberland Christian School, PA
A 63-year-old teacher left her loaded pistol in bathroom where four children, aged 6 to 8 found and handled it; no one was injured and the teacher resigned and was charged.

May 2016, Oscar Patterson Elementary School, FL
A part-time correctional officer accidentally shot  himself in the knee while at the school for a job interview; no students were injured and the man was treated for non-life threatening injuries.

October 2014, Westbrook Elementary School, UT
Teacher, a concealed carry permit holder, accidentally shoots herself in the leg in the bathroom; no students were injured.

July 2013, Rhode Island College, RI
Staff member with CCPs in several states as well as NRA-certification as a “Pistol and Personal Protection in the Home” instructor, was fired after bringing a loaded handgun to work and losing it; it was later found in a garbage can.

May 2013, Rangeivew High School, CO
A school worker, who also works as an armed security guard for a different employer, accidentally shoots a student in the leg in the parking lot; student undergoes surgery.

May 2013, University of Southern MS
Police say student, a concealed firearms permit holder, appears to have accidentally shot himself in the leg.

April 2013, Salem Lutheran School, MN
Gun safety instructor assumes his gun was empty when he accidentally fired it; the bullet went through the wall of the cafeteria, no injuries were reported.

November 2012, University of Colorado, CO
A properly permitted staff member accidentally discharges her firearm on campus and injuries herself as well as a coworker.

November 2011, Long Island University, NY
Criminal Justice professor, a retired police officer, was attempting to safeguard his handgun in the hallway of the campus building before he accidentally discharged it, shooting himself in the leg. 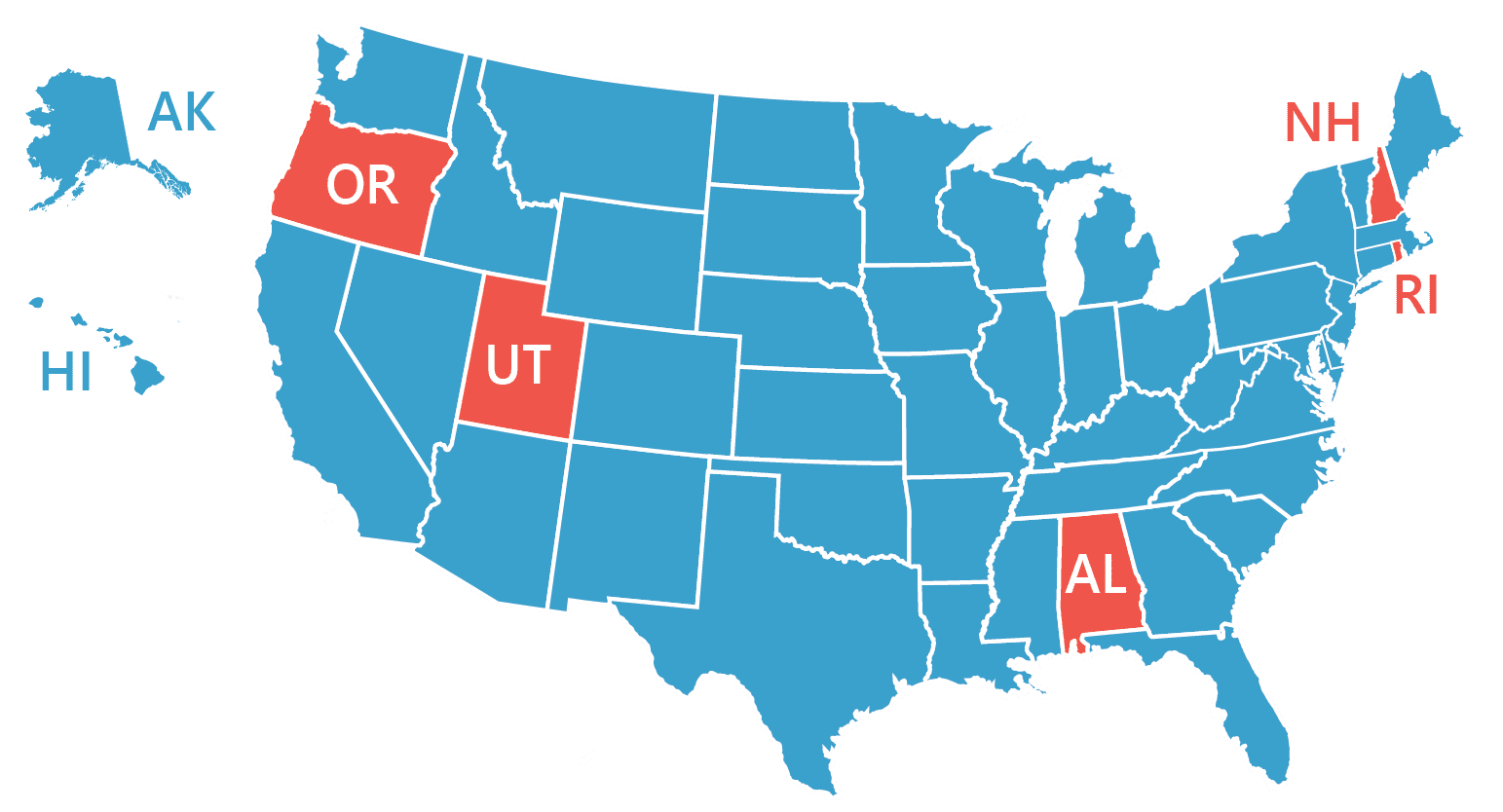 The Safe Schools Act would provide that only peace officers and persons approved by the school authorities for the purposes of educational instruction may carry firearms on school grounds.

The Safe School Act would provide that only peace officers and persons approved by the school authorities may carry firearms on school grounds.

Accidental Injury and Death by Guns is Rampant in America

These figures from the Center for Disease Control (CDC) DO NOT INCLUDE suicides or intentional firearm violence. 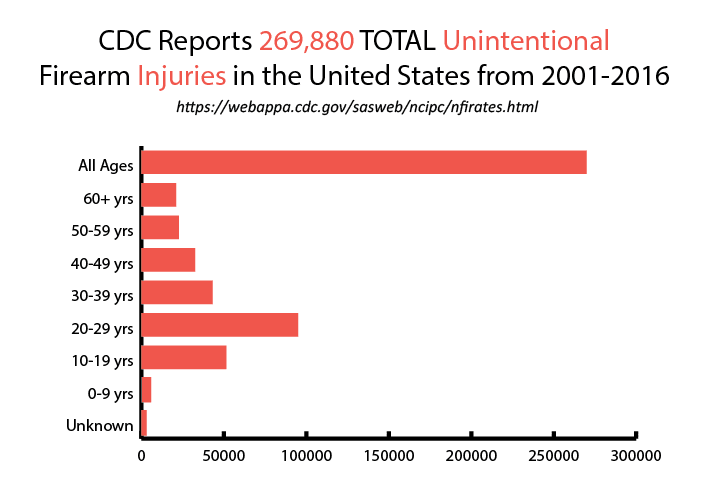 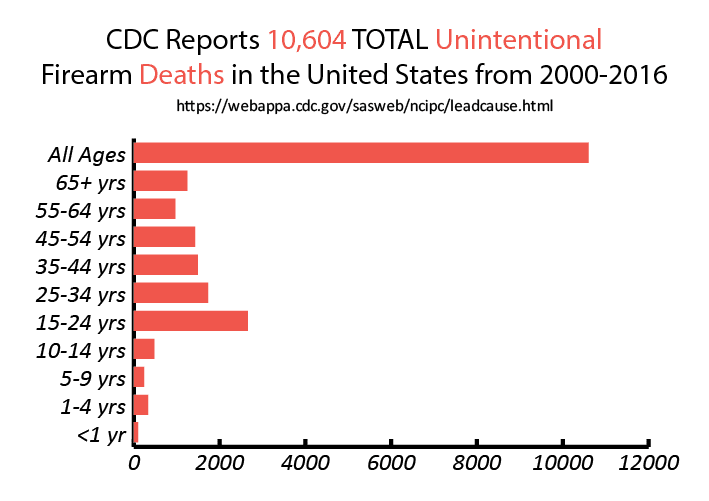 Debunking the “Good Guy with a Gun” Myth

These non-self-defense deaths by private citizens with permits to carry concealed, loaded handguns in public include:

This is undoubtedly a fraction of the total number of gun incidents involving CCP holders, as there are NO federally mandated laws requiring tracking.

With just this glimpse of incidents gleaned from news reports and limited state data available, we must reject the notion of allowing anyone with a CCP to bring their gun onto school grounds.

Our law enforcement officials know that ONLY trained police and peace officers should be armed in schools, due to the extreme risks inherent in hostage and high-stress “shoot/don’t shoot” situations.

Concealed carry permit holders do not receive specialized training and are not subject to yearly retesting.

24 school committees and 11 city and town councils passed resolutions in support of this legislation to keep firearms off of school grounds, including concealed carry permit holders.

In addition, some of Rhode Island’s largest civic, leadership, and educational organizations also passed resolutions, including:

It is far more likely that an accident will occur on school grounds with a concealed firearm than any potential “good.”

Linda Finn Featured on In the Arena with Joe Paolino

Here we list just SOME of the accidents that have occured in schools with people who have been “certified” to carry concealed.