I live in Narragansett, I am an RN, a mother of 2 and grandmother to 4. I am also a volunteer with Moms Demand Action for Gun Sense in America. I was raised in “a good home.” My father was a graduate of Boston College, a nuclear physicist, my mother was a real estate broker, they had 5 children, went to church every Sunday, lived in a big home in the best neighborhood. My father was bipolar with paranoid tendencies and an alcoholic, and he regularly mentally and physically abused us. He also had a license to carry concealed firearms.

Abuse does not only happen in broken homes; there are no income guidelines for domestic abuse. Your neighbors, co-workers, people that you would never suspect can be victims of domestic abuse. Women and children do not speak up because they are afraid for their safety, finances, believe they deserve this, or for whatever reason, but there are reasons. You cannot imagine the fear if you have not lived it, and there are no words to accurately describe it so that you can understand.

My father would threaten people that he was going to shoot them, and we feared my father every single day, but no one feared him as much as my mother.

My brother would steal his guns from him and hide them if he saw or heard of any threats that my father made, and he made plenty. The police would come and demand my brother return the guns, as my father had a legal license to carry. My brother’s response was always; “He was going to kill someone and he should not have them.” The police would respond, “When he does, then we will arrest him.”

When my parents finally got a divorce, on the day they were supposed to be in court, there was a shooting near the courthouse. My brother left work and rushed to find my little sister. He thought it was my father who did the shooting, he thought my mother was dead and my sister was going to be next. Thankfully it was not my mother  but, tragically, another victim of domestic abuse lost her life that day. The last words my father ever said to me was that he knew which room my husband and I slept in and one night he would put a bullet in our heads. I lived in fear of my father and the thought of him terrorized me until I knew he had died.

It has been medically proven that there is a link between childhood history of abuse, and adult populations having autoimmune diseases. Stress induced inflammation is not easily extinguished in persistently and chronically stressful environments, especially during early childhood when the brain and central nervous system are undergoing a remarkable rate of growth. I will not bore you with all the immune diseases I have been diagnosed with but I will tell you that my doctors have attributed all of it to the abuse that I suffered as a child.

I often hear, “Well there is nothing we can do about it.” Really? Many of us fought for 4 years to pass a domestic gun violence bill. In 2017 the Protect RI Families Act was introduced by our very own Rep. Teresa Tanzi, a tireless fighter for families in this state. We could not have done this without her hard work and dedication, and the work of so many other legislators, volunteers, and organizations. RI has now joined 8 other states in 2017 in passing a bill to keep guns out of the hands of domestic abusers. We have proven that with courage and determination we can change our laws.

I am not embarrassed or ashamed of my past; on the contrary I am a survivor. No more of “What happens in this house stays in this house,” as I am sure is said in every violent home. We all must get off the sidelines, share our stories so we can help and support one another. 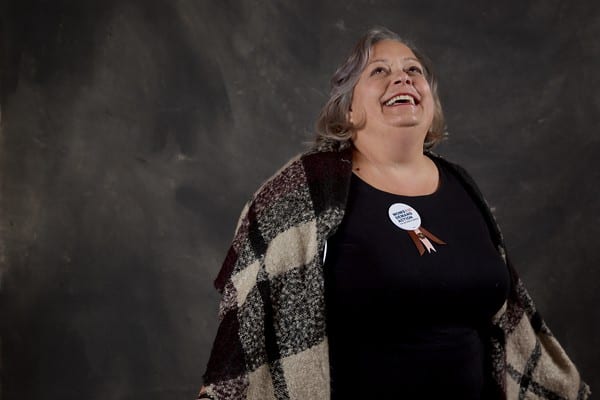