My life purpose has come from a tragic experience. However, I have found a way to take my pain and make propane by sharing my story and working with schools to help them build strong and safe communities.  I am a retired Newtown, Connecticut teacher who was teaching on December 14, 2012 in my Newtown Middle School classroom, just a few miles down the street from the Sandy Hook Elementary School on that tragic day.

My students and I were forced into a terrifying two-and-a-half-hour lockdown because of the fear that a second shooter might be moving through the woods. We experienced our own kind of terror that day. Imagine asking two dozen 13-year-old children to not talk, move, eat or use the bathroom for hours on end. The only communication from the outside world was the sound of sirens and helicopters in the air.

This was only the beginning of the nightmare. We learned after the lockdown that 20 children and six educators had been murdered. Newtown is a small town so we all knew someone who had been killed.

The fog of the tragedy remained even as the media moved on. Things as simple as grocery shopping became awkward for fear of seeing the pain in your neighbor’s eyes. I stayed on for two years as a teacher and administrator and then moved to Rhode Island. The Newtown community, though resilient, continues on a daily struggle to heal.

Given the trauma we went through, one might think that educators would jump at the opportunity to allow guns in schools so people could defend themselves against a shooter. However, the Sandy Hook Advisory Commission, made up of educators, law enforcement, psychiatrists, lawmakers and legal professionals, did not recommend the arming of teachers or non-law-enforcement civilians in schools.

Here in Rhode Island, the state Police Chiefs Association supports the legislation to end concealed-carry of guns in our schools. Police officers are highly trained, and this includes a three-day training each year to help them handle these life-threatening situations. Most concealed weapon carriers do not have this intensive training.

We have all heard the statistics about accidental shootings. In 2014, a Utah teacher with a concealed-carry permit shot herself in the leg while in the faculty restroom. There are many instances each year of children grabbing an unsecured gun and accidentally shooting themselves or a family member. I believe that allowing concealed-carry permit holders to bring guns into schools creates more of a risk to our children than the hypothetical scenario where someone with a concealed weapon stops an active shooter.

Schools should be a safe place for teachers to teach and students to learn. Teaching takes all of your attention. The RI Coalition Against Gun Violence has worked tirelessly over the past four years to get the bill, “No Guns in Schools” passed. Although there was no vote taken on this bill in 2017, we will continue to press on.

In addition to supporting the great work that the Rhode Island Coalition Against Gun Violence does, I also work closely with communities and schools to educate them in restorative practice and nonviolence in order to create communities filled with love and respect. Currently I am working hard with Nonviolent Schools Rhode Island with our goal to train all teachers in RI in the practices of Kingian Nonviolence. A big part of my current work is to collaborate with a number of different groups to work together to prevent another Sandy Hook tragedy. There is not just one solution to end gun violence. Instead, we have to listen to each other and work together to find solutions.

Wendy Bowen is an educational consultant who lives in Wakefield. 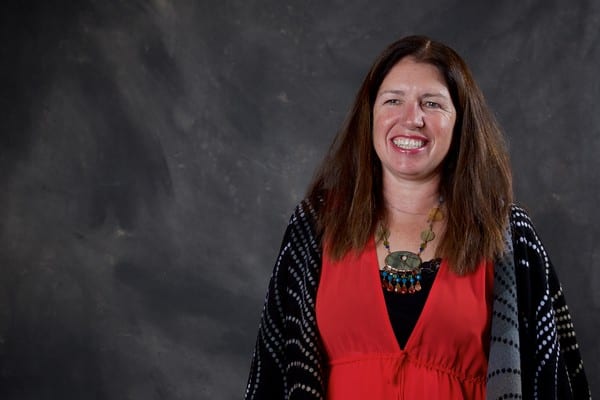